Les was born in Nebraska and grew up in Iowa. There, he became involved in the sport of wrestling, placing 4th and 2nd in the State 3A wrestling championship. He credits starting to work in the family landscaping business at age 10 and playing other sports for some of that early success.
Wrestling continued to be a dominant theme in his life. He attended Central Missouri State University on scholarship where achieved several honors: two time All American, four MIAA titles where he was named “Outstanding Wrestler” three times, and the “Vernon Kennedy Award” for top male athlete his senior year.

After college graduation, he immediately started his highly successful coaching career, both collegiate and high school, including recognition as NCAA Rookie Coach of the Year and HS Coach of the Year in Vero Beach, FL. Les changed careers in 1985, moving into financial services, specializing in life insurance and annuities, where he continued to earn accolades for nearly 30 years.

In April 2012, everything changed abruptly with his MS diagnosis. He became very ill, had multiple ER visits and lost his balance. His wrestling buddies rallied and Les has inspired so many by riding 4,000 miles a year with Wrestling MS.

Through all of this, Les says raising his sons is the best thing he has ever had a part of doing. Trey is 31 and Zach is 28. 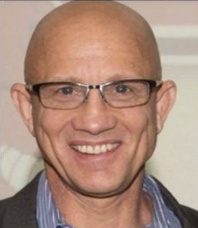 Throughout my life I have lived in an athletic world, primarily dominated by the sport of amateur wrestling. From my primary years in high school and college I was constantly training and competing on the mat. I followed these competition days with over 40 years of coaching and officiating both high school and collegiate wrestling. Of all the benefits | received from my days of competing and involvement in wrestling, I currently value most the relationships I was able to make with so many lifelong friends. My close relationships with former college teammates, including Les Gatrel, Gary Ervin and others ultimately actually led to the creation of WrestlingMS. Today, I still love spending time on the mat helping others find their paths to health, wellness and fitness as a certified health and wellness coach. 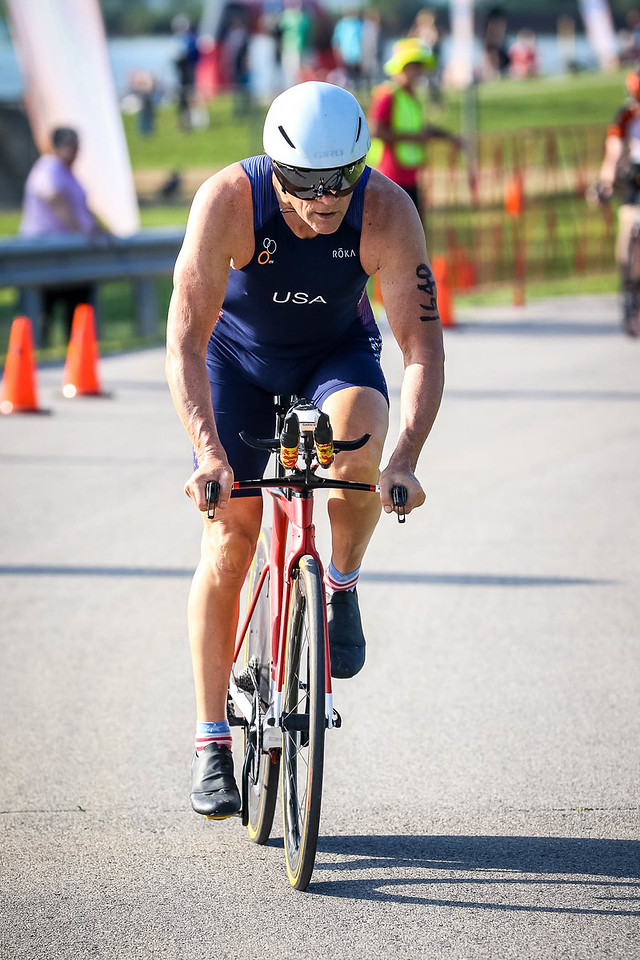 Duane Ernest Fritchie, born April 15 th , 1950. I grew up near Lee’s Summit, Missouri on a small farm. My father (Ernest) starred in sports at Kansas City Northeast High School in football, basketball, and track and field. My three brothers all stood out in various sports; three of us wrestled. My youngest brother Davin, wrestled at MU; Kent (6 years my junior) wrestled at CMSU, while, my older brother Denis played table tennis and won various tournaments at the State Level in Tennessee. My high school wrestling coach, Gary Sage (3 years), and college coaches Omar Frank (1 year) and Roger Denker (4 years) were all excellent. My father was killed in a railroad accident my senior year in high school and my coaches became father figures and role models for me as a young man. I enjoyed good coaching and much support from friends, family, and my wrestling buddies in high school and college which contributed to my wrestling success.

My focus at Wrestling MS is about providing opportunities for our group to get together and train together. Riding is a great way to socialize before and after rides especially and to support each other in getting fit and staying more fit to help counter some of the negative effects of MS. All of our Champions have different abilities and things going on with MS at any one instant in time. Our rides are usually structured such that from a central starting place none of us (while often separated) is far away from support. Circular routes or designated out and back routes work best. I especially enjoy riding with our MS riders to help get them started riding and to get them to where they can possibly ride on their own bike or trike. 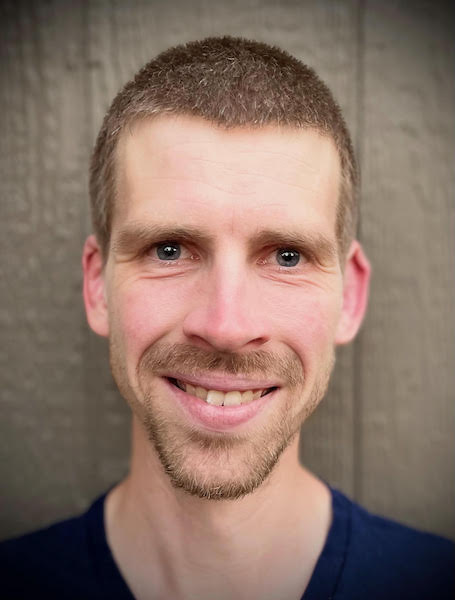 Husband, father and athlete. I am a friend of Les, and I wrestle MS so others can experience the feeling of freedom that biking and exercise can offer.“ 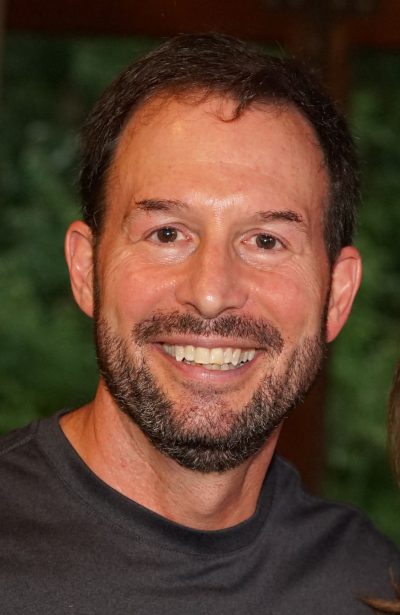 MIKE NICHOLS lives with his wife Chris in St. Charles, MO and has been a biochemical researcher and faculty member at University of Missouri-St. Louis since 2004. He and Chris have three grown children (Crystal, Trenton, and Cameron) and enjoy traveling and many outdoor activities including hiking and biking. Mike earned a Bachelor of Science degree in Fire Science from Central Missouri State University in 1984 and then worked 9 years for the City of St. Charles Fire Department as a Firefighter, Paramedic, and Acting Captain. During this time, Mike completed a BS in Chemistry at Lindenwood College. In 1994, Mike and family moved to Lafayette, IN where he entered graduate school at Purdue University. Mike received a PhD in Chemistry/Biochemistry in 1999 and the family moved to Florida where Mike continued research as a postdoctoral fellow in the Department of Neuroscience at Mayo Clinic Jacksonville. Upon establishing his own lab at UMSL, Mike focused his research on the biochemical mechanisms underlying Alzheimer’s disease (AD). He is also interested in other neurological inflammatory diseases such as MS. Over the last decade Mike has been heavily involved in the American Society for Neurochemistry. He was recently elected by the membership to serve as President-Elect for the national organization (2021-2023) and then ASN President from 2023-2025. Mike has been a Board Member for Wrestling MS (WMS) since its inception and considers it a privilege to be part of the organization. “I am amazed by the WMS members, the MS Champions, and I absolutely enjoy every activity in which I am able to participate. I believe that incorporating biking into the overall treatment regimen for MS can have a significant positive impact on the disease symptoms.” 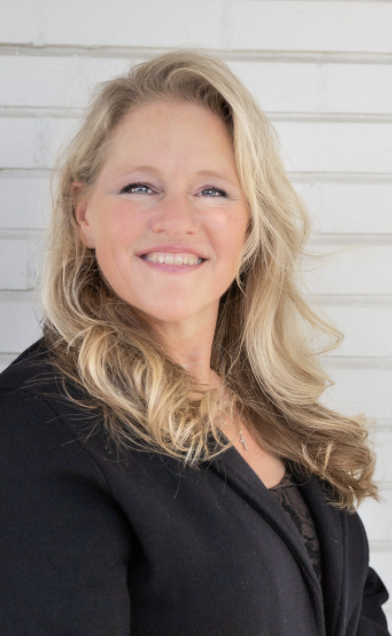 Mari-Lynn and David Poskin have a blended family of seven children. David is a Wrestling MS Champion and Rockhurst High School Hall of Fame Wrestler with Secondary Progressive MS. Mari-Lynn took up cycling when she started commuting to work at Johnson County Community College, eventually winning their Mid-America Regional Council’s Green Commute Challenge. So, upon meeting David, it was a natural progression to support his MS journey by riding in Bike MS, completing many century rides and earning Treadsetter recognitions for fundraising.

David was sidelined from his triathlete competitions as his MS progressed and was relegated to cheering on Mari-Lynn from the sidelines. Wrestling MS has changed all that. From training on the back of Duane Fritchie’s tandem recumbent trike to riding 40+ miles on his own battery assisted recumbent trike, our experience with Wrestling MS has been life-changing! Mari-Lynn accepted the board member position to help expand the Wrestling MS opportunities to more Wrestling MS Champions. Mari-Lynn also serves as a Kansas State Representative for KS House District 20, was a higher education professional for over 20 years, and is the owner of KC College Connect, a college admissions counseling business. 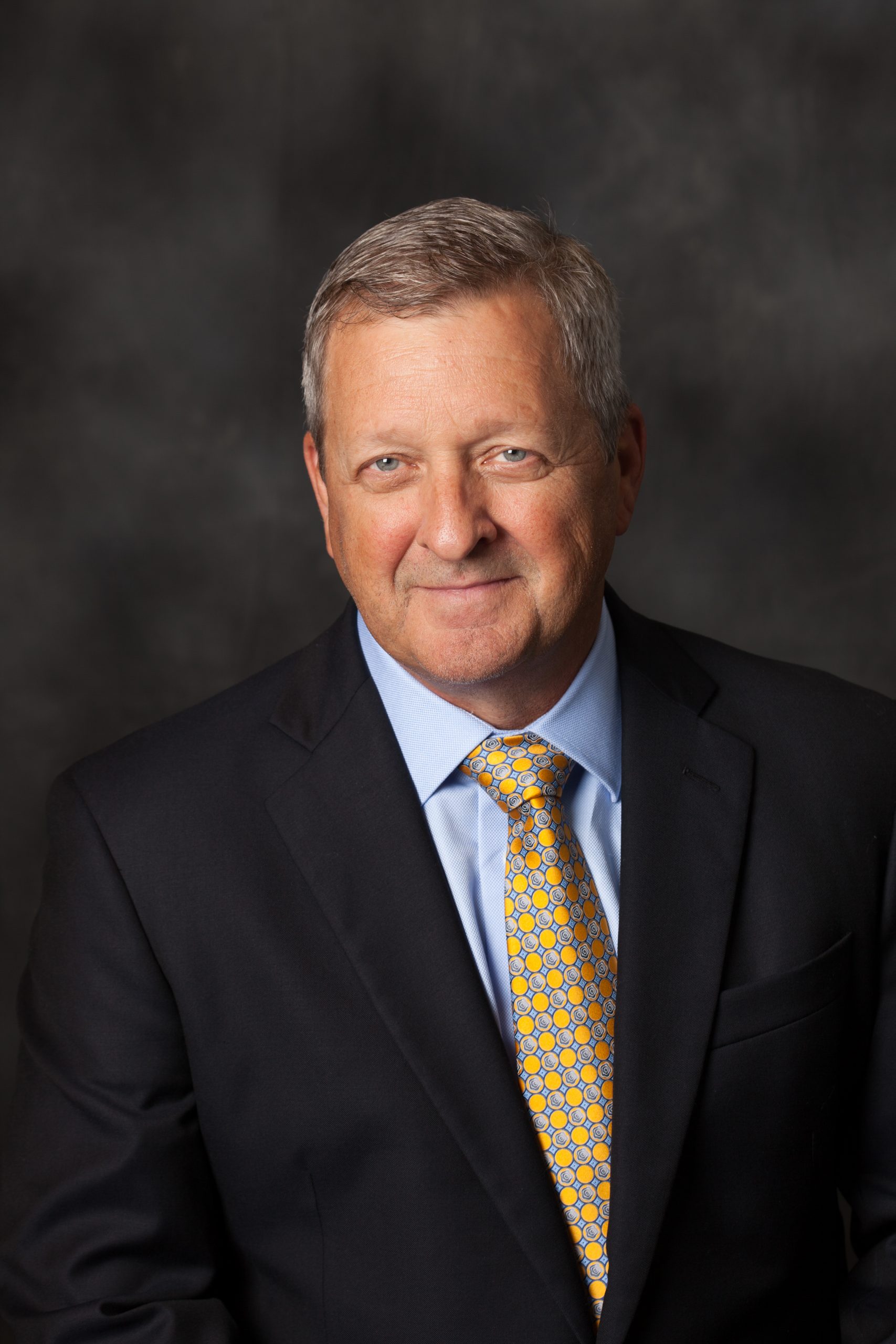 Gary has over 40 years experience in all phases of the telecommunications industry, having co-founded Ervin Cable in 1980. Gary majored in Business Management at Central Missouri State University. Gary is a member of the Cable Pioneers and an SCTE Senior member, Certified Fiber to the home professional. He managed the Company for 40 years, overseeing day-to-day operations, and continues to play an imperative role in the company today. 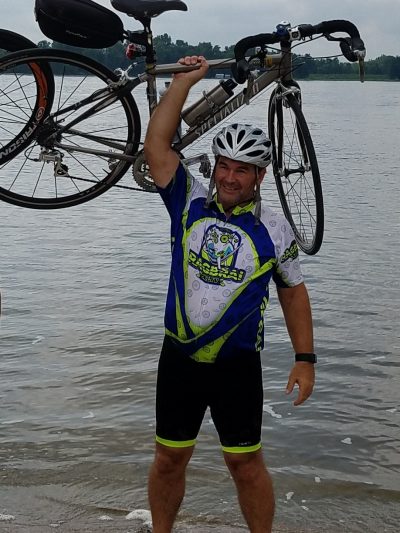 I grew up in Indianola, Iowa as a middle child of a family of 7. For much of my childhood my next-door neighbor and one of my best friends was Les Gatrel, the driving reason for starting WrestlingMS. We wrestled together through High School and college, and like Les, found some success which led to me attending and wrestling for the University of Central Missouri. I graduated from UCM with a degree in Electrical Engineering Technology, began my professional career at McDonnel Douglas in St. Louis, Missouri as test engineer in their aerospace division. After 6 years, I accepted a position at Hewlett Packard and spent the majority of the next 35 years serving various Executive positions, retiring as the North American Director of our custom services business.

After graduation I also married my high school sweetheart. Marj Norris. After 50 years with Marj, I consider our greatest accomplishment to be the family we raised which now includes 2 sons, a daughter, 2 daughter-in-law’s, 1 son in-law,
and 5 grandkids.

I currently serve as the Fund-Raising Chair for WrestlingMS. Though I initially got involved in WrestlingMS because of a desire to help a good friend, I remain engaged, and completely amazed, by the drive, determination, and successes that we have experienced with our WrestlingMS Champions. I have absolutely no doubt that the combination of incorporating a regimen of physical exercise, like biking, and a support structure like WrestlingMS produces a positive impact to the lives of people dealing with MS.